We at JayKay Media caught some sun, sea and sandy beaches while at the Cannes Lions Festival of International Creativity last month with the Cannes Lions Daily News. So did Pharrell Williams (pictured). 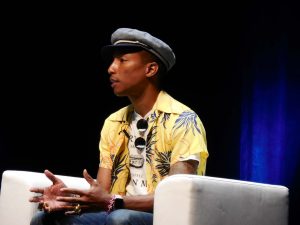 The R&B, rap and pop superstar, who entranced the world with 2014’s best-selling single Happy, was one of several celebrities that we went to interview or watch give on-stage presentations.

He participated in the festival as the VIP guest of iHeartMedia, the US national radio and media conglomerate led by chairman/CEO Bob Pittman (photo below).

Grammy Award-winning Pharrell, who has produced or co-produced for music industry big hitters, from Jay Z, Snoop Dogg, Britney Spears to Madonna and Daft Punk, is now an artist in his own right and an entertainment brand.

He told the Lions Daily that it is critical for any artist to know their “intentions” before collaborating with other artists or with brands.

Also, during an on-stage discussion with US TV/media entrepreneur host Ryan Seacrest, he kept raving about UK superstar songstress Adele, which had the audience guessing that he might have collaboration plans with her.

The festival, hosted with the world’s biggest advertising agencies, marketers and media owners, invites celebrities to come and share their experiences and inspirations. Their influence on society and contemporary culture impacts the media advertisers use to reach consumers.

*Another celebrity who was effectively sharing her vision of her life as a brand was Monica Lewinsky. 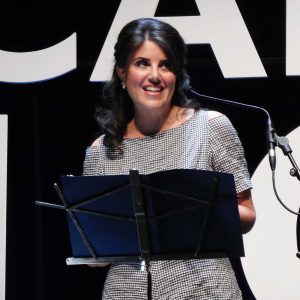 The former White House intern turned social activist recounted the hellish year of 1998 when she was hounded and humiliated for having non-sexual “relations” with President Bill Clinton. The horrifying scandal, said to be the first time in history that online media beat traditional media to a news scoop when the story emerged, turned her into a victim of cyber bullies.

She has since made it a mission to urge marketers, ad agencies and other media influencers to help put an end to online bullying.

*Jamie Oliver (below), the British celebrity chef, came to promote Food Revolution Day, a campaign launched on 15 May to help put an end to diet-related diseases. The initiative, which has garnered more than 1.5 million signatures in 196 countries, is his retaliation against a worrying trend that has seen 42 million children under 5 years old become either overweight or obese. 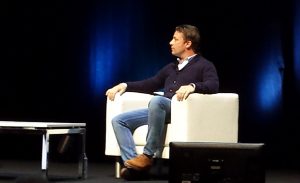 Oliver argued that marketers should use their skills in technology to help people make more informed decisions about the food they eat. Food happens to be one of the biggest categories in advertising.

Oliver himself is a major media owner with TV shows broadcast in 100 countries, books published in 30 languages and the Food Tube network on YouTube.

*If Oliver hopes today’s youth pick up his message to share among peer groups, he could do no worse than collaborate with Evan Spiegel, the 25-year-old US founder of ephemeral messaging phenom Snapchat. 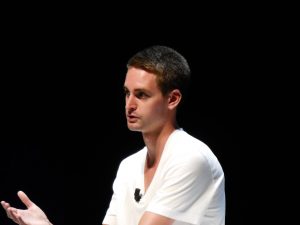 Apart from being worth an estimated US$15bn, Snapchat boasts 30 million monthly active users comprising mostly teenagers and young adults. These Millennials or digital natives are highly coveted by advertisers.

An indication of the value Spiegel’s generation places on activities they are passionate about: when approached by Mark Zuckerberg, the equally young CEO of Facebook, to acquire Snapchat for US$3bn in 2013, Spiegel showed no interest whatsoever. He knew it could be worth more and has since been proven right.

*Hollywood came to Cannes Lions in the affable form of Brian Grazer (below), the Oscar-winning spiky-haired, wiry-framed uber-producer of hit movies like A Beautiful Mind, Apollo 13, Eminem’s 8 Mile, The Da Vinci Code and the motor racing drama Rush. Combined, his movies have hauled in US$13bn-plus worldwide at the box office. 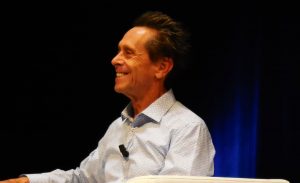 During an on-stage interview, it emerged that Grazer’s hobby for the past 35 years has been to seek out experts in fields outside filmmaking to interview at least one of them every two weeks to quench a voracious need to know things.

The result of those interviews with, among others, CIA spies, presidents, rock stars and international royalty can be found in his new book A Curious Mind: The Secret to a Bigger Life.

*Also from Hollywood was Julia Louis-Dreyfus, star of HBO’s American comedy drama Veep. She joined a panel of speakers analysing how US TV satire is getting the type of attention once associated with the Great American Novel. For fans of US TV, you might recall that Louis-Dreyfus starred in 1990s comedy series Seinfeld, arguably one of the most influential TV shows of all time. 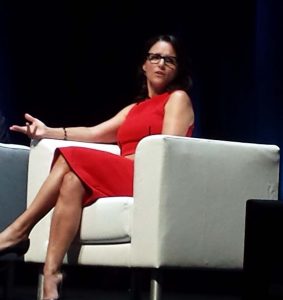 *Australian-born singer/model Natalie Imbruglia (below) was anything but torn during a panel where she took part in a humorous re-enactment of how artists negotiate with brand owners for endorsement deals. 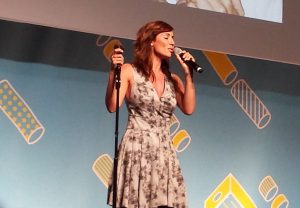 Afterwards, Imbruglia surprised the Cannes Lions audience with a live performance of Torn, her 1997 single and her biggest hit to date. They were also entertained to Instant Crush, the first single from her new Sony Music album Male.

JayKay Media Inc was at Cannes Lions courtesy of the Lions Daily News, which is produced by Boutique Editions, the London-based contract publisher specialising in high-end print and digital titles.